As a U.S. Navy Veteran diagnosed with PTSD, King struggled to adjust when transitioning back into civilian life. Cannabis helped her get her life back.

When you join the Military, no one tells you that you will not come out the same. They don’t warn you that navigating the VA system is mind-numbingly difficult.

About 56 percent of veterans who experience a traumatic event have difficulties re-entering society, according to the Pew Research Center. Like many other veterans suffering with untreated PTSD, my own transition back to society was met with a lot of challenges.

I knew I was going to join the United States Navy when I was in 8th grade after I toured the Naval Academy in Annapolis, Maryland. I shipped off to boot camp by the Great Lakes right after high school. I was filled with pride, hope, and excitement as I boarded my plane to chicago. It was a dream come true and shortly after my graduation I was quickly shipped off once again to meet with my new command and begin my new position as an aircraft mechanic.

Unfortunately, a few years later during my 2016 deployment to the 6th fleet I suffered a life-altering traumatic experience. That event led me to be diagnosed with service-connected PTSD. I lost my sense of self and I had never felt so empty before. I made attempts to seek mental health help, but the constant  deployments and work ups made it impossible. I ended up going against my original plan of serving 20 years because my mental health made it impossible for me to work.

After a few years, I reached my breaking point. The same mental health issues that caused me to give up on my dream of serving in the military long term made the transition back into civilian life just as hard. I was hypervigilant throughout my days and unable to sleep at night due to anxiety, and it became impossible to complete everyday tasks. I was teetering on the verge of mental instability, completely detached from everyone around me. Living with PTSD is like treading water. You’re constantly trying to keep your head above water, while not letting your thoughts drag you under and for a brief moment those thoughts took me. My thoughts of suicide increased daily, and one night I found myself writing my goodbyes.

It was then I decided to ask for help and traveled to the Veterans Association (VA) to establish care. During my trip, I was prescribed a high dose of Ativan, a medication I had never been on before. It made me feel like a shell of a person, like I was in the passenger seat of my mind and someone else was driving. Under a cocktail of medication provided by the VA and lack of real care, I was again driven to near suicide.

Eventually, I came to the realization that I will need to seek an alternative option. If my doctors weren’t going to help me, then I needed to save myself. That’s when I turned to cannabis. 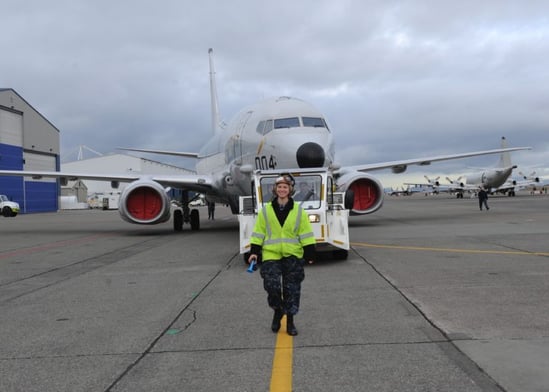 I was always interested in cannabis and did my own research, but it was overwhelming at first. I had no idea about the different strains or what would benefit me. I decided the best way I was going to learn would be to stop by my local dispensary where I met a fellow veteran. He provided life-saving information about how I could treat my anxiety, fear, and insomnia with cannabis.

There have been several recent studies with promising research on PTSD and cannabis. One study from Wayne University in Detroit looked at how cannabis can reduce activity in the amygdala – a part of the brain associated with fear responses to threats. Researchers gave a random group of 71 participants who had not been exposed to trauma, those who had been exposed to trauma without PTSD, and those with PTSD doses of either THC or a placebo.

The group was then exposed to threatening stimuli to see how their amygdala would respond. The results showed that those exposed to THC had lowered anxiety and reduced activity in the amygdala. This shows that cannabis has the potential to be therapeutic to those who suffer from PTSD and traumatic memories.

PTSD isn’t the only condition common among veterans that cannabis has been known to help. A study done by the former Cannabis Community Care & Research Network found 36% of veterans surveyed utilized the plant to treat chronic pain. Another 24% reported using cannabis to curtail aggression and 45% used it to treat depression.

Personally, it only took a few weeks of consuming cannabis before I started to feel like myself again. Since then, I have never turned back from cannabis. It’s provided me an outlet and a way to cope when the outside world becomes too overstimulating for me, a relief I never thought I would feel.

At a recent appointment with my VA providers, I informed my doctor that I was using cannabis to help manage my symptoms and that I was having really amazing results. I was met with disapproval and a new prescription. It was frustrating to hear.

The VA is required to follow federal laws, which includes the classification of cannabis as a Schedule 1 drug. It is my hope that the federal government will review the many studies conducted on cannabis and its potential medicinal benefits with an open mind, so veterans like myself can obtain easy access to this lifesaving medication.

The History of the Word ‘Marijuana’

Tips For Landing A Job In The Cannabis Industry

So You Want To Be A Lab Technician?